With tens of thousands of dogs being imported into Colorado by rescues each year — and a corresponding increase in diseases and illnesses — a well-known rescue transporter has been asked by the Department of Agriculture’s Pet Animal Care and Facilities Act to get a pet handler’s’ license. This is something that adds a layer of basic accountability and humane/health requirements, such as allowing transported dogs out of their crates for a walk every six hours (anybody who sells, transfers, adopts, breeds, boards, trains or grooms, shelters or rescues may need to be licensed, though there has been no pressing need to enforce it until recently). As of today, instead of getting a pet handler’s license, they simply aren’t importing dogs into Colorado anymore. This is a very telling response.

At NAIA, we strongly urge people who are looking to get a rescue dog to choose from their own community (or AKC parent club rescue networks) whenever possible, and we believe regulations that protect public health and the humane treatment of animals should apply to everybody.

Furthermore, we also believe that issues of surplus dogs and owner retention can only be effectively solved when dealt with at the source; transport is, at best, akin to bailing water from a sinking boat, at worst a cynical marketing scheme that perpetuates tragic conditions and outcomes for dogs.

No matter the stated intentions, everybody must be accountable for the health and humane treatments of the animals in their care.

The director of the Western Pennsylvania Humane Society has been placed on paid leave for allegedly purchasing a Collie from a breeder. Activists took to the Internet to call the director a “disgrace” and “hypocritical.”

“She’s been put on paid administrative leave pending what’s going on. Allegations are allegations and we don’t know what’s true. We thought it best to get her out of the limelight while we try to figure out what’s happened and formulate a proper response on behalf of the board and the humane society.”

It is both telling and troubling when merely buying a dog from a breeder can be an “allegation” that requires a “proper response.” A dog lover should never be punished for valuing and choosing the traits a specific breed has to offer. 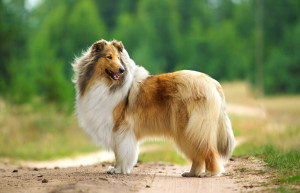 Bred with love and purpose for predictable traits… the horror!

In an alarming story out of North Carolina, dozens of dead animals were found at The Haven animal shelter, a no-kill shelter which has been riddled with health violations and adopted out sick dogs. This is a facility that has had issues for years, including several months of complaints leading up to it being shut down. The tragic conditions these animals were kept in reinforces the need for faster investigation and enforcement (when necessary) in order to protect animals and the public at large, and to prevent situations like these from spiraling out of control. 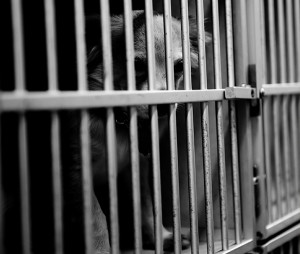 The CDC released a report on a rabid Egyptian street dog imported into the United States by a rescue group.

The dog suffering from the disease had to be euthanized, and 18 people underwent rabies postexposure prophylaxis, which is bad news by itself. But what really stands out if you read the full report are three things:

This is unacceptable to us, and it should be to you, too. NAIA remains committed to solving this issue, and we will focus our resources on it in 2016.

This it is a problem that shouldn’t exist: if one is committed to rescuing dogs, why look halfway around the world, when there are local dogs in need? 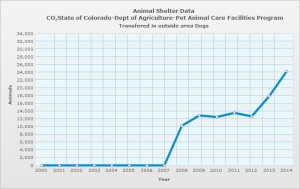 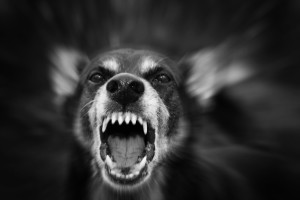 In a Garden Island article on euthanasia and the no-kill philosophy last weekend, NAIA president Patti Strand weighed in on the consequences of focusing on numbers over real solutions:

If [the Kauai Humane Society] were pressured to “have better numbers,” Strand said it would be impossible to do so without ample funding and effort to fix the symptoms. And that’s something she said can’t be done overnight.

“What happens is the value of saving the life of the dog is valued more highly than the value of protecting an adoptive family from a dangerous dog,” Strand said. “It’s this idea that, ‘’Gee whiz, I’d like to save this dog and he’s only nipped someone once,’ that can have real consequences.”

One of the best examples comes out of New Mexico, where the Albuquerque Animal Welfare Department last year permitted more than 100 dangerous dogs to be adopted by families or returned to them after they failed nationally recognized behavioral tests.

The result was tragic: Dozens of these dogs killed or injured other pets, bit children, attacked their owners or displayed otherwise aggressive behavior.
“All across the country, dangerous dogs that should not be adopted out to the public today and wouldn’t have been adopted out 10 years ago are being adopted out,” Strand said. “The reason is this idea that there are numbers every shelter should be hitting, and it’s not that black and white. Not every community is ready to be no-kill. It’s not a switch that can just be flipped.

“I’m absolutely in favor of the wholesome goal that’s attached to the no-kill label, but you have to look below the surface to see how it’s being applied.”

As always, the focus should be striving for the best possible standards of care — in home and in shelters — on cooperation, public education, and outreach; improvements in “the numbers” will flow naturally from those goals and improvements. 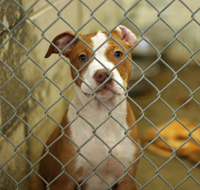 There are now many communities in the United States with open-admission shelters that do not kill for lack of space — this was considered “impossible” 40 years ago, and speaks to the tireless efforts of education and outreach, changing culture, and improved standards of care

Before you head off for the weekend, check out the WILS 1320 interview with Patti Strand regarding NAIA’s study on the composition of the shelter dog population and the mass transport of rescue dogs in the United States. Click on the links below to listen: 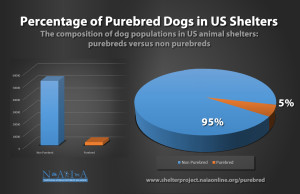