Many rescues and humane societies are struggling with the same set of issues that dog breeders were 20-30 years ago, as well as the same quandary: what is the best way to confront bad players and practices in an open and honest manner, and to solve the problems they have created while keeping those examples from defining the group as a whole?

On one hand, this task is easier than the one facing breeders, as there are no movements, organizations, or ideologies hell-bent on destroying rescues or shelters. But on the other hand, the task is more difficult due to the age we are living in. Headlines of “Shocking!” “Inhumane!” and/or “Scandalous!” behavior tied to organizations that are supposed to be helping animals are the very definition of clickbait: easy to sensationalize, subject matter that people have a strong emotional investment in, and an example of supposed moral authority figures behaving dishonestly or hypocritically. And on top of that, there is a large — or at least highly vocal — contingent within the rescue and sheltering community that views any form of criticism as an attack that needs to be deflected or quashed, rather than discussed.

So is it complicated and difficult task? Yes. But that doesn’t mean that rescues and humane societies are remaining silent about the way some dogs are being moved and placed today — irresponsibly, without oversight, and inhumanely — and we applaud the Columbia-Greene Humane Society/SPCA for speaking out in recent months, and thank them for using NAIA as a resource:

Excellent, and much appreciated commentary. And this really brings home the larger truth: that we are all after a culture where animals are treated humanely and responsibility, where you can’t simply change your name or label in order to market yourself and/or avoid oversight. 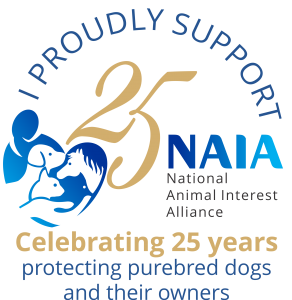