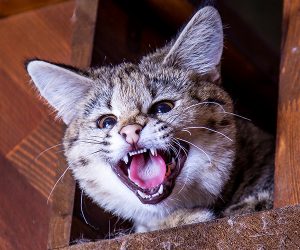 Over the weekend PETA and HSUS alumnus Scotlund Haisley, best known to our readers for his work in a dog breeder raid that led to the filing of a $5 million lawsuit against HSUS and inspired a movie, was arrested for holding up a Subway restaurant… twice.

This revelation, once you think about Haisley’s history of banging down doors, is hardly a surprise, and the headlines practically write themselves (“From pretend cop to real-life robber,” perhaps?). But it also occurs in the ominous shadow of Haisley’s serious health issues, which forced him to step away from his last position, and he is apparently “of no fixed address”; this is not something we revel in or would wish on anybody, even if the arrest is something that could have been predicted.

In 2009, a wrongfully obtained warrant and an animal control officer who intentionally misled the court… in 2016, a motion picture.

No, this isn’t about that guy with the machete, but another, somewhat less viral (but more pertinent to NAIA) story.

An Ohio man declared to police that 15 racehorses wanted to be “free,” after releasing them from their stables. Sadly, one of these poor “liberated” horses fell through the ice over Meyers Lake and drowned.

This is awful, but it also informs — because we’re not sure if you could find a more shining distillation of a specific mindset and its consequences that NAIA is fighting against. Whether someone is…

It’s always the same story: moral certainty and the idea that “We’ve got to do something now!” coupled with limited (often non-existent) first-hand understanding of the issue at hand, which is inevitably followed by tragic, if utterly predictable consequences. 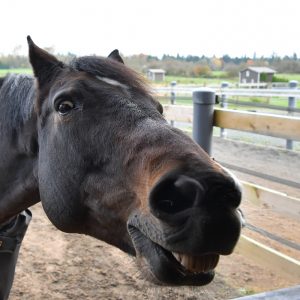 The Outcome Is Predictable

In a welcome dose of sanity, Oregon judge John Knowles threw out a lawsuit filed by animal rights activists that would have given a horse legal standing to sue. This is a can of worms the animal rights crowd would love to open up, and it is an ongoing effort. But at least in this instance, the judge recognized the problems it would lead to:

There are profound implications of a judicial finding that a horse, or any non-human animal for that matter, is a legal entity that has the legal right to assert a claim in a court of law. Such a finding would likely lead to a flood of lawsuits whereby non-human animals could assert claims we now reserve just for humans and human creations such as business and other entities.

NAIA strongly supports sensible and enforceable laws against animal cruelty. We also support education and research into animal behavior and conditions that enable better standards of animal care. In the case of legal standing to sue, however, we strongly agree with Judge Knowles.

It is always great to see PeTA taking heat for their dishonesty, but we take issue with the idea that this is some sort of new formula for them.

An ends-justify-the-means attitude toward deception has been the name of their game from the start, and they have engaged in numerous “fact free zone” campaigns over the years. A deceptive video featuring a CGI cat seems rather par for the course.

That being said, while their methods for getting attention are not tethered to facts, we can appreciate that Ingrid Newkirk and others associated with PETA have no problem saying exactly where they are coming from, unlike some of the other animal rights-oriented groups that prefer to maintain a mainstream façade.

The Dog Lover, a film produced by Forrest Lucas, founder and chair of Protect the Harvest, was recently released into select theaters, and is available through on demand, and on DVD at Walmart. The story is based off of various real-life events, most notably, an HSUS raid on a breeder, where the judge ruled that the search warrant was wrongfully obtained by an animal control officer who intentionally misled the court, and stars Allison Paige, James Remar, and Lea Thompson.

For a brief synopsis:

SARA GOLD is a rising star at the United Animal Protection Agency (UAPA), a major animal rights organization that conducts animal rescues and lobbies for better animal welfare laws. Handpicked for a major assignment, Sara goes undercover as a college intern to infiltrate a suspected “puppy mill” run by the enigmatic DANIEL HOLLOWAY.

Sarah soon ingratiates herself with Daniel and his family, and learns all about the world of dog breeding but is hard pressed to find any sign of animal abuse. The UAPA teams up with local law enforcement and raids the farm, accusing Daniel of the inhumane treatment of animals. Sara finds herself torn between doing her job and doing what’s right, and she awakens to the moral contradictions of her work with the UAPA.

If you have even a passing interest in dogs and a curiosity about the worlds of dog breeding and animal activism (especially the big-name animal-rights fundraising groups), we can’t recommend this highly enough!

On side note, the film asks its viewers to “investigate before you donate,” a message that is essential if we are going to break through the barriers of propaganda and social media outrage and have a serious discussion on issues of animal care and welfare. With that in mind, it is sadly telling how so many discussions in the online community about this film choose to ignore or reject its message in favor of questioning Forrest Lucas’s background and motives (like this LA Times review that seems rather disinterested in covering the movie itself). We know cognitive dissonance is painful, folks, but part of making intelligent, helpful, and adult decisions is investigating all facets of an issue, even if it involves some of your sacred cows.

Click here to see if The Dog Lover is playing near you, to order it online, or to read more about the film!

A key donor to Mayor de Blasio’s fund-raising was subpoenaed Thursday, as it became clear the growing investigation is zeroing in on whether his campaign broke rules pursuing checks from powerful interests seeking favors from City Hall, the Daily News has learned.

For those of you who are out of the loop: NYCLASS is an animal rights organization that has been running a smear campaign against the carriage horse industry for the last 8 years, while de Blasio is the mayor of New York City who came into office inexplicably obsessed with banning the city’s iconic carriage horses (horses that receive excellent care and are loved by the public, we would like to add!). A very, very interesting coincidence indeed…

This is one developing story that is definitely worth following and sharing widely!

Unfortunately, due to legislation that is currently being considered, the state of Maryland may place onerous mandates on how institutions handle the adoption of dogs and cats following the completion of research studies.

This legislation is duplicative of what is already required by the federal government, creating unnecessary hurdles in the path of the research community and their widely embraced practice of adopting out post-study animals. 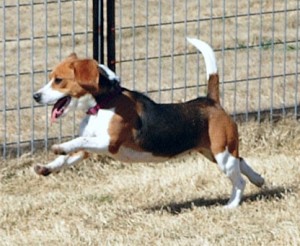 This legislation is also duplicitous. It is alarming that this legislation is being put forward by activist animal rights groups, such as the Beagle Freedom Project — the kind of groups whose threats have forced research institutions to shut down their adoption programs in the past due. This is not about animal welfare. What is happening here, is groups that want to end animal-based research are trying to write themselves into the adoption process as a way to use these animals as props, control the narrative, to pat themselves on the back and raise funds while “forcing” researchers to do something they are already doing! Hey, as long as we’re playing this game, why not pass a law that “forces” Five Guys to sell cheeseburgers?

Research with animals is critical for saving and improving human and animal lives, and helps us understand and treat a variety of cancers and disorders. This is why NAIA partners with Homes for Animal Heroes, which works with the research community to foster, train and place research animals in permanent, loving homes.

Learn more about this dangerous legislation in Maryland that would hinder the research community’s advancement in discovering important cures for our pets and families:

Great news out of New York City: the Teamsters have pulled their support for a bill restricting carriage horses to Central Park, and there will be no vote on it tomorrow.

Predictably, Mayor Bill de Blasio shows no signs of giving up his quest to eradicate these majestic and well-cared-for animals (as well as the jobs and tourism revenue they generate), and has said he is looking for a “new path.”

But with no vote tomorrow and opposition to his plans only growing, things are not looking good for de Blasio. As lovers of carriage horses and the people who work with and care for them, this is news we can cheer! 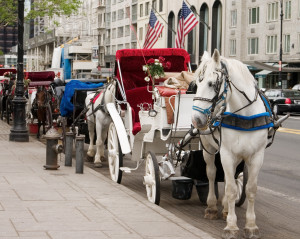 Activists opposed to cat declawing “hijacked” the contest, resorting to cyber-bullying the majority of the contest finalists, those who believe that declawing cats remains a last-resort, but viable, alternative to separating pets from their owners when the animal’s behavior cannot be controlled any other way. One contestant, for example, was called “a whore, a butcher, a mutilator, a hack, an animal hater, a disgrace to the profession.” Other contestants were subjected to the circulation of fraudulent negative advertisements, negative reviews, and threatening phone calls.