Earlier this month, dog lovers everywhere were outraged after a police officer shot Colonel, a non-threatening, 29-pound, seven-month-old puppy. Thankfully, Colonel received medical attention and survived his injuries (though it certainly couldn’t have been fun having shrapnel removed from his belly). After the incident, Al and Barbara Phillips, Colonel’s owners, filed a lawsuit against Chicago and the shooter, which is now going to federal court.

According to neighbors (and the lawsuit), aside from not being much of a physical threat, Colonel was wagging and behaving in a completely non-threatening manner. This really makes you wonder what kind of experience and/or training police officers have when it comes to differentiating between friendly and vicious dogs — because it’s not like this is the first time a restrained or non-threatening dog has been shot by police. After international furor over a pointlessly tragic dog shooting in Austin, Texas, steps have been taken to prevent this kind of tragedy from occurring in the future… how long (and how many lawsuits) before Chicago does the same?

The Phillips’ are seeking at least $350k in damages:

The seven-count suit claims excessive force, illegal seizure, violations of their right to due process and intentional infliction of emotional distress. The Phillips also claim police retaliated against them for exercising their right to free speech, in speaking to the news crew.

And in case you were wondering, this is the dog that so frightened the police officer: 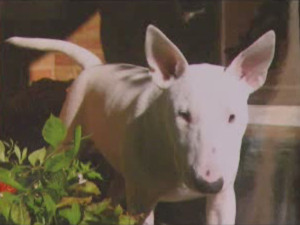 Throwing puppies from a moving car is the kind of sick behavior you’d expect from a deranged teenager or hardened criminal, not a self-proclaimed animal rescuer, but that’s what Sheriff Heath White of Torrance County says happened last November:

Torrance County Sheriff Heath White said that, in the recent case, [Debra] Swenerton was caught in the act — tossing the dogs one by one from the driver’s side window of her vehicle — by deputies who had been alerted by the puppies’ owner.

To make matters worse, authorities suspect that this isn’t an isolated incident — that Swenerton has been dognapping for years, and may be tied to nearly 60 reports of missing dogs:

Edgewood animal control officer Mike Ring said the arrest of 59-year-old Debbie Swenerton ‘really cracked the case’ of some 60 dogs that have gone missing over the past few years.

Ring believes that Swenerton stole the dogs and then gave them to shelters, saying that they were strays she had rescued. He added that there is a possibility that Swenerton belongs to a larger group of animal activists that are concerned over the treatment of pets.

Furthermore, according to Torrance County Undersherriff Martin Rivera, Swenerton repeatedly called in cases of dog abuse on owners who were taking perfectly fine care of their pets. Assuming she is behind at least some of the disappearances, it really makes you wonder what kind of conditions these missing dogs were being “rescued” from. Vigilantism is bad enough, but to “save” a perfectly well-cared-for dog, a dog who is likely a well-loved family member, and give them to a shelter that could be using resources on animals who actually need help is obscene.

Thankfully, the puppies in this instance survived with minimal injury, but you can’t help but wonder about the rest… 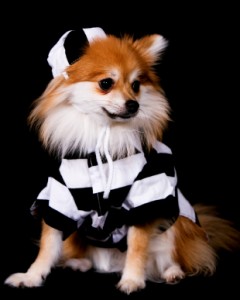 Is she really a prisoner in her own home?