On Friday, July 13, Dr. Alison Brown, whose rural American foxhound hunting operation had been attacked and vilified by two county residents was awarded more than $550,000 in defamation, reputational damage, lost revenue, and additional security costs incurred due to threats she received after being defamed.

Based in rural Chaffee County, Colorado, Dr. Brown’s operation became the target of two other residents, Chris Vely and Laura Barton, who wanted Brown’s dogs either silenced or removed entirely. Vely and Barton filed civil suits and criminal complaints, handed out fliers, and posted a Change.org petition against Brown. The online petition and flier were the items containing false and defamatory claims.

Also important here, is that her operation was deemed agricultural in nature; while Brown’s pack of American foxhounds do not kill coyotes, their presence reduces the presence of coyotes, which is a service to local ranchers. Several ranchers also testified that Brown’s hounds were not detrimental to their livestock, contrary to claims made by her opponents. The reason this is important is that it protects Brown’s operation under Chaffee County’s Right to Farm and Ranch ordinances. It also led to one of the more humorously apt statements made during the case:

“People move to rural areas and then expect that the manure pile next door wouldn’t smell, the farm equipment should have mufflers, that farm dogs don’t bark – that kind of thing. Rural zones are expected to have rural uses.”

It is highly encouraging that the parties using lies and defamation didn’t simply fail to win: they were held accountable for their harmful statements and countersued. As more and more honest people stand up for themselves like this (something that, unfortunately, takes time and money), the fewer frivolous and opportunistic cases like Brown’s we will see. For too long, organizations like PETA and HSUS have happily painted their targets as nasty caricatures, while using grossly outdated and inaccurate information in their campaigns. And for too long, the targets of these organization have been left too financially and emotionally spent – and intimidated – to fight back. But the now very real threat of counter-litigation changes the playing field dramatically; at the very least, animal rights organizations will be forced to do some actual fact checking before attacking an individual, hobby, or industry. And this is a huge, and positive change. 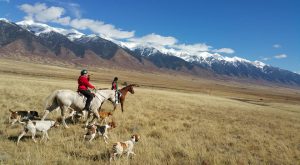 A few final notes: While Col. Dennis Foster, former executive director of Masters of Foxhounds and board member of NAIA Trust, doesn’t particularly like seeing his name praised in print, we are going to praise him anyway!  We are immensely grateful that Dennis recognized the importance of this case, felt compelled to get involved, and used his years of experience to support Dr. Brown, all at his own expense. His expert testimony was no doubt a huge factor in Brown’s victory, and for this, we can’t praise him enough!

We also contacted Dr. Brown, and she had this to add:

I also want to say how grateful I am to Col Foster and the many other witnesses who came forward to give testimony at this case. I am incredibly proud of my Chaffee County neighbors and friends in the foxhunting community who were appalled by the actions my neighbors took and who helped me fight and win this landmark case.

Click here for an interview with Dr. Brown offering more personal and detailed information of this case.

So by now we all know about those neat programs where prison inmates train dogs, but I bet you didn’t know there are now 12 prisons in Washington state, part of the “Sustainability in Prisons Project,” where prisoners are trained in the art of beekeeping! Some are even considering turning these skills into a career when they are released:

Boysen plans to start his own hives and sell organic honey for a living. He’s excited about helping struggling bee populations recover their future. They’ve helped him recover a future too.

“You feel like you’re doing something not only for your own benefit, but for the rest of the world,” he said.

Now it may be tempting to laugh this off as an example of “good intentions gone kooky,” but it is a lot more than that: bees are incredibly important to agriculture. And hey, if somebody learns skills that help sustain bee populations, while at the same time gaining useful life and vocational skills, that sounds like a good deal to us! 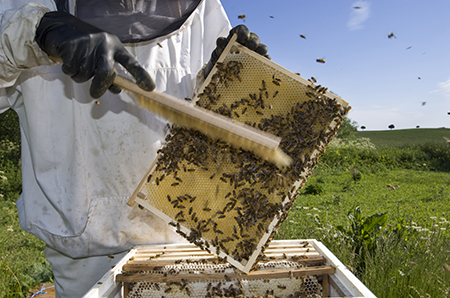 A far-fetched idea in decades past, the poultry-retirement home’s existence serves as a reminder of the growing popularity of urban farming,* the need for animal owners to plan ahead for the lifetime of their animals, and a portrait of the “livestock-as-pet” phenomena that probably occurs more often than many farmers admit.

Do you keep chickens? And if so, what are your opinions on a “retirement home” service like this? 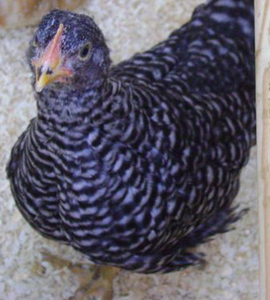 Stella the friendly urban chicken, one of NAIA’s regular subscribers.

* Portland, Oregon has more than 26 times the number of urban chicken permits today as it did twelve years ago.