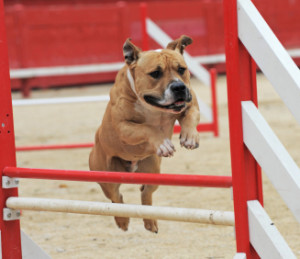 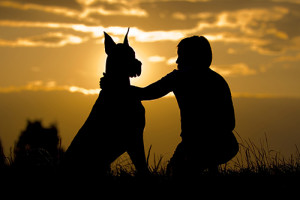 It doesn’t matter what is true, it only matters what people believe is true…. You are what the media define you to be

Quick question. Say you work with animals and you:

And say you go up against a movement that:

In a world that made any sort of rational sense, you’d think victory would be a slam dunk. You’d think the public, the politicians, and the courts would join in a chorus and tell your opponents to take a hike — to actually do something useful with their time and donor money.

But that is not the world we live in; and the fact of the matter is that even when facts are on your side, if people are convinced you are cruel and greedy, you are going to lose. When politicians think supporting you is going to make them less popular — even though it is the right thing to do — you are going to lose.

Elephants in entertainment and Ringling Brothers in particular have been relentlessly attacked in the media by animal activists for decades. And as a result, if you were to take a poll of 100 people today, most would be aware of accusations against Ringling Bros., with a smaller percentage convinced they are the devil incarnate. Through constant repetition, it has saturated the public consciousness and simply become a part of how people think.

But of course precious few poll-takers would be aware of Ringling’s conservation efforts, or the groundless and unreasonable lawsuit against Feld Entertainment that led to the ASPCA, HSUS, and others to paying Feld tens of millions of dollars to settle a RICO case.

So should it be any surprise at all that after years of fighting, they finally just said “enough”?

Let this be a warning to all of you who care about these issues, but tell yourself that facts, science, reason, and truth will prevail at the end of the day: because when it comes to your existence, if people don’t know or believe the facts, they do not matter. What matters is what the public thinks of you, how you are perceived, and what you are associated with. You are up against a relentless foe who does not care about reason or facts, one whose ultimate goal is your extinction. Science will not win against this onslaught, the only hope is to make sure people know who you are and taking charge of your own narrative. Whether you love purebred dogs or horse carriages, whether you are a farmer or a researcher or a hunter: when their campaign to destroy your animals, your hobbies, your livelihood comes to your doorstep, if everybody is already convinced you are beneath contempt because others were allowed to define you… it may be too late.

Support the groups who support you; if you don’t write your narrative, somebody else will! When you see an image of an animal suffering, it evokes an emotional response. You feel empathy and want to ease the animal’s pain. And if there is somebody in charge of caring for that animal who could have — and should have — prevented the animal’s suffering, it is natural for you to feel angry and frustrated with them. When somebody agrees to the responsibility of owning an animal, subjecting that animal to neglect or cruelty is a huge betrayal.

Advertisers and animal activists have known this since forever, and used our empathy to their advantage. Can’t blame them — it certainly adds to the impact and urgency of the message. The only problem is, sometimes the picture doesn’t tell the whole story.

Two dogs lying in the snow in a fenced-in area, crying out with no shelter. There might even be a third, possibly deceased dog in the frame! And the cruel owners are nowhere in sight. How could you not be enraged? Naturally, people signed the petition and expressed disgust — and some went way out of line and even threatened the dog owners.

But what was the reality?

CPD and Montgomery County Animal Control have both investigated and found that the video did not convey anything resembling the reality of the situation.

The dogs had heated shelters (out of sight of the video, which gave the impression there were none), and food and water were placed on elevated surfaces.

Additionally, the two dogs are Husky mixes, bred to withstand temperatures far below anything experienced in Clarksville this winter.

And the third, possibly dead “dog” was actually a piece of cardboard. The person who took the video had full sight of the property, and must have known they were not portraying reality. It is hard to believe this was not a willing deception. But the video of these “agonized” dogs was still posted, and a family terrorized and made into villains. Whatever the reason for posting this video — seeking attention, misanthropy, or an “ends justify the means” activist mentality, it did nothing to ease an animal’s suffering. It caused anger and sadness in viewers without reason, and brought misery to the dogs’ owners.

The adage “A picture is worth a thousand words” refers to the notion that a complex idea can be conveyed with just a single still image. It also aptly characterizes one of the main goals of visualization, namely making it possible to absorb large amounts of data quickly.

It’s true — a picture is worth a thousand words, but be careful before you round up the villagers, before you grab your pitchforks and torches: what you see may not tell the whole story. 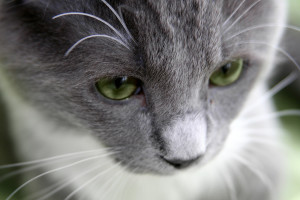 Is she sad? Starving? Mourning the loss of a companion? Getting ready to pounce on her favorite kitty toy? With images like this, with so little context available, the answer to this riddle depends on the story you are trying to tell…
Contact