Spots are going quickly for this year’s NAIA Conference — sign up today to reserve your space! 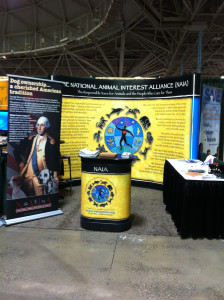