The National Animal Interest Alliance (NAIA) applauds the Washington Post exposé by Kim Kavin (April 11, 2018) detailing the corrupt practices of rescues and shelters buying dogs at auction from the same breeders they disparage as puppy mills, then transporting them cross-country where they market these same dogs as “rescues.”

Sadly, these deceitful practices are hallmarks of today’s so-called “humane movement,” which at best is well-intentioned but reckless, and at worst, shows an inhumane and potentially lethal combination of misanthropy and greed.

The push by BIG HUMANE (large, wealthy animal rights groups and shelters), to promote rescue dogs as the humane alternative to pet stores and other sources of dogs is a strategic and cynical campaign to eliminate marketplace competitors. While the majority of pet stores are regulated by local and state law, rescues and shelters operate largely without regulation or government oversight.

If the dishonesty, hypocrisy and the inherent conflicts of interest present in this movement aren’t enough to alarm the public, the risks to both people and pets should be. The health and safety threats posed by the unregulated pet rescue marketplace have continued unabated for far too long and have already had dire consequences.

It is our hope that Kavin’s article in The Washington Post, will help foster a more informed dog-buying public and more rigorous scrutiny of the “rescue relocation” movement and BIG HUMANE from local, state and federal policymakers.

NAIA strongly supports responsible pet rescue and community-based programs focusing on education, sensible regulations, and enforcement as a proven means of solving problems related to surplus dogs and dog retention. We believe responsible rescuers have played the key role in solving pet overpopulation in many regions of the United States; they serve as both inspirations and models for the tireless work they have done — and continue to do.

For more information on this and other important animal welfare issues, please contact NAIA: 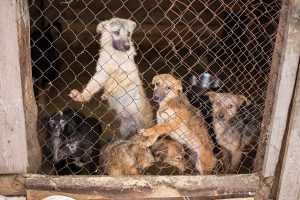 NAIA believes that to animal welfare issues should be humanely and intelligently solved at the source whenever possible, not exploited for economic or political agendas.