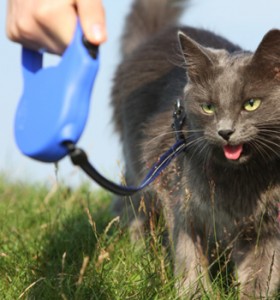 James and Melissa Lecker moved to Wausau, Wisconsin with their four dogs, unaware of the fact that they had two more pets than the city allowed. In late January, the young family learned that to come into compliance, they faced a stark choice: give up two of their dogs — family members, really — or pay a $114 daily fine.

An agonizing choice for any pet owner, it led to weeks of stress and sleepless nights for Melissa Lecker, and an eventual decision to move (at a loss of $15,000) if the situation continued. Money wasn’t the primary issue, it was the principle at stake, keeping her family together:

But that was before Tuesday, when Lecker took her issue straight to the Public Health and Safety Chairwoman. Today, it is looking like common sense and cooler heads may be prevailing in Wausau:

But Tipple said city leaders should consider adding an exception clause to the ordinance that could involve permits, for example, or allow residents to keep more than two dogs until a complaint is filed.

Could this be… progress? We are hopeful. Lecker, for her part, is committed to the cause — not just for her own family (they may still end up moving), but the entire community. And for that, we applaud her. Sometimes all it takes for big changes to occur is the passion of a committed individual.

It may be hard to imagine, especially if you are living in a world with leash laws, animal control, and a culture that spays and neuters its pets, but stray dogs — not just one or two or a small pack, but thousands upon thousands — are a very real problem in many parts of the world. This is something we’ve been documenting for quite some time, an oft-neglected issue with major implications from both an animal welfare and public health and safety standpoint. END_OF_DOCUMENT_TOKEN_TO_BE_REPLACED

After a condo’s tough restrictions against pit bulls and harassment by neighbors and management left actor Nick Santino feeling that he had no choice but to put his dog Rocco down, the guilt-ridden owner took his own life as well.

His suicide note bares the anguish of the decision:

Rocco trusted me and I failed him. He didn’t deserve this.

No dog or dog owner deserves to go through this. What a tragic reminder of the pain and suffering wrought by breed specific prejudice. Would this man and his dog be dead right now if Rocco hadn’t been a pit bull mix? If Rocco hadn’t faced restrictions and harassment because of his breed? You don’t need a Magic 8-Ball to answer that one; it’s a safe bet that management didn’t require Yorkie owners to enter and exit the building through the back door.