“HSUS and UEP talk about a win-win. But UEP wins whether the federal bill passes or not,” Miller said. “UEP is far ahead of the game compared to where they started.”

Co-opting HSUS to “violate its own principles” and endorse larger cages that UEP has long sought was a shrewd move, in Miller’s view.

UEP has moved HSUS off its prior position opposing cages and if the bill fails, HSUS will look contradictory at best going back to attacking the larger cages it had supported, Miller said.

HSUS will be left with nothing, Miller said, other than a massive branding or publicity bonanza that put them in the limelight, made them look reasonable and helped HSUS President Wayne Pacelle market his book. 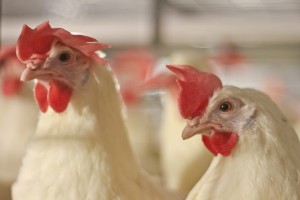 Sorry good sir, but we question your analysis.

Aside from the head-scratcher about HSUS having principles, there are several interesting points in this analysis. Whether or not you agree with UEP working with HSUS or vice-versa, it is undeniable that UEP is, at least for the time being, ahead of where they were a few years ago, when their constant companion was the threat of death by ballot measure.

They also have bought enough time to implement their new enriched cage facilities, which allow for many of the best features of traditional barren cages and cage-free living: clean, effective facilities that raise animal welfare standards and are very hard for activists to stir outrage and raise funds off of.

But will HSUS really be left with nothing in the end? It’s not like their position has changed; they still campaign daily for cage-free (and eventually animal free) agriculture — they’re just putting a stronger focus on other forms of animal production now. And when HSUS is criticized as an “animal rights organization in animal welfare clothing,” their supporters can now use the UEP/HSUS ceasefire as cover, as proof of HSUS’ “moderate” positions.

And what of the work that went into developing the new enriched colony housing? Should it matter that years of toil and millions of dollars went into developing and implementing these facilities while HSUS did nothing but attack them?  HSUS contributed nothing,  but now they get get to raise their credibility in the eyes of the public by playing policy-maker, and take credit for industry changes they actively fought against for years!* Despicable, but you have to admit there is a certain genius to it.

No Bradley, I’m afraid this agreement leaves HSUS with quite a lot. UEP may have found a way to survive, but HSUS found a way to make themselves stronger.

* By the way, HSUS still hasn’t entirely scrubbed its website of pages that disparage enriched cages.