The law-enforcement credentials of the Oregon Humane Society (OHS) have been suspended pending an investigation into mishandled evidence and improper investigative techniques.

…that in the two years she worked for OHS, she saw a failure to maintain a chain of custody on evidence, improper storage of evidence, disregard for officer safety, and violation of Fourth Amendment rights, among other concerns detailed in a 44-page document.

An especially disturbing accusation in Neitch’s report is that OHS chose to ignore some animal welfare complaints, yet instructed her to seize evidence without a warrant in another. This, in particular, highlights the dangers of giving law-enforcement powers to private organizations.

In the United States, humane societies were originally given police powers in the 19th-century, in large part because animal welfare issues weren’t a high priority with the public at the time. Because of this, there were few animal welfare laws, and few animal control agencies to enforce them. Granting humane societies police powers allowed politicians to focus their attention on issues of greater importance to their constituents. 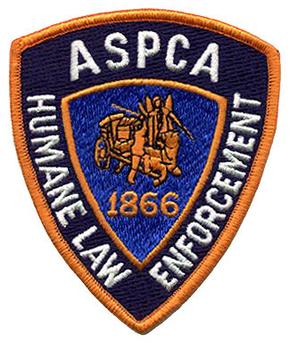 Of course, we’re not living in 1879 anymore. Attitudes and priorities have shifted radically; today, nearly every large city in the United States has a duly-appointed government animal control agency with police powers to handle cases of animal neglect and abuse. In the simplest terms, this assures that animal control is accountable to the public it serves, rather than to a private nonprofit’s mission statement and board of directors.

So long as there are local adoptable homeless pets, NAIA wholeheartedly supports the sheltering and adopting of animals by humane societies. But we consider the suspension of OHS’s law enforcement powers appropriate and overdue. NAIA has long supported the transfer of police powers to government agencies and away from all private nonprofit groups, believing that such groups have inherent conflicts of interest, which are amplified by mission zeal and lack of direct accountability.