More troubling news from the wild world of rescue import has been picked up by the Worms & Germs blog: a rescue dog with a known history of chronic health issues is imported into a private U.S. shelter from Thailand and tests positive for Melioidosis, a nasty zoonotic bacterial disease. This discovery leads to several potentially exposed people receiving blood tests (one showed signs of exposure, but none got sick), and ultimately the euthanasia of the dog. 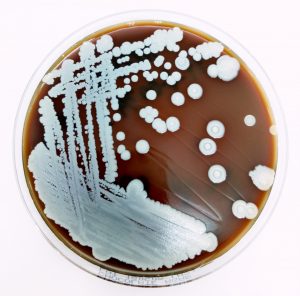 The plea for common sense from Worms & Germs author, Scott Weese (Ontario Veterinary College – University of Guelph), could have been written by us:

Logical importation practices are needed. How much time and expense went into shipping a paralysed dog transcontinentally from one shelter to another, when it was ultimately euthanized in the end anyway? I realize everything is done with good intentions, but thank about what could have been done for local homeless animals with the time, effort and expenses that were incurred here.

Dr. Weese generously labels the shelters and importers as well intentioned. But honestly, there must be a point where, when operations are carried out with such casual disregard for the health of shipped and local dogs (and adopters), where intentions can not be labeled as “good” — or at the end result is so damaging as to make intentions irrelevant.

Rescue importation, fueled by a lack of adoptable local dogs in many parts of the U.S. and the power of social media, has grown by leaps and bounds over the last two decades while U.S. dog import laws have not been updated since 1956. As a result, we are seeing dogs arrive here with everything from canine brucellosis, rabies, and the canine flu, to parasites and other vector-borne diseases. These are very serious issues, which is why NAIA has been working to modernize dog import laws for the last several years. For more information, contact Patti Strand, NAIA President, at naia@naiaonline.org.