How many topics of discussion can you think of where disagreements are as likely to become personal and vicious as animal welfare? One? Two? None? And have you ever wondered why, despite our ever-growing knowledge of animals and animal care, somebody changing their mind on an animal welfare issue — even when presented with concrete facts to the contrary — is such a rare occurrence? Well, wait no further — science may have just uncovered the answer…

In other words, it appeared that pushing people’s emotional buttons, through derogatory comments, made them double down on their pre-existing beliefs.

The emotions come faster than the “rational” thoughts—and also shape the retrieval of those thoughts from memory. Therefore, if reading insults activates one’s emotions, the “thinking” process may be more likely to be defensive in nature, and focused on preserving one’s identity and pre-existing beliefs. 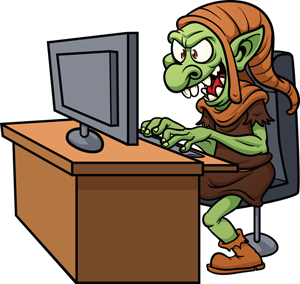 Why we can’t have nice things.

Don’t believe the findings? Then how about next time you’re having a discussion online about animal welfare issues, you take a step back when the trolls arrive (this usually occurs within 2-3 minutes) and observe for yourself what happens once the fur and the slurs start flying. Do these attacks actually convince anybody of anything (“While I initially disagreed with your position on, I find your ad hominems oddly compelling…”), or do they only serve to “rally the troops,” put opponents on the defensive, and ultimately prevent any real discussion from occurring?

Ah, if only the well-reasoned and researched discussion of complicated issues were as simple and instantly gratifying as trench warfare with the trolls. Unfortunately, pummeling isn’t nearly so effective as persuasion. Science says so.