If you’ve ever read an article covering a contentious animal issue, you’ve seen them in the comments section: hateful slurs, accusations, even wishes for ruination or death. There are a whole lot of really nasty comments, the vast majority coming from self-proclaimed animal lovers — you know, the “compassionate ones” who are against hunting, animal research, breeding animals, eating meat, etc.

For example, it is probably normal to feel that a man injured by an animal he was hunting has received a bit of poetic justice. However you feel about hunting, it’s not an unusual reaction (you can bet the man’s friends are going to give him a hard time about this later). But when you take it further, and start celebrating the hunter’s misfortune, wishing the injuries to the man will prove painful and eventually fatal… well, that’s not exactly kind, is it?

Wisconsin columnist Heather Stanek, accustomed to seeing comments like this, used to think it was just coming from the Internet’s chorus of trolls, but…

But the more I read, though, led me to a terrible realization: None of these people were trolls. They were saying what they meant, what they felt. And clearly, they believed that it’s OK for a person to suffer and die.

Yes. And it is not uncommon. You really have to wonder how anybody claiming to feel so much compassion and sympathy for animals can go ice cold (or even feel disdain) when it comes to their own species. 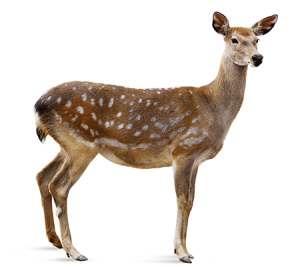