In the wake of the Midwest canine flu outbreak that has sickened more than 1,100 dogs, we are getting the straight talk we need about dog importation from a canine influenza expert:

“We have absolutely, without a shadow of a doubt, proof that a foreign animal disease has been imported into the U.S.,” Dr. Ed Dubovi said. “I don’t think anyone can look at this situation and say we’re protecting our animal population the best we can.”

“My concern all along was that someday this virus might make its way here,” he said. “We don’t know how it happened, but it certainly could have come from a dog or a cat. There are multiple international groups who are rescuing dogs from the meat market in Korea and shipping them into the U.S., and we have sketchy quarantine requirements if any at all. Restrictions on the movements of companion animals across borders are somewhat nonexistent.”

Irresponsible importation is an issue we have been concerned about for years. For those who have dismissed or downplayed this threat, the statements from Dr. Dubovi should serve as a wake-up call.

Now the question is: how can these words translate into action?

Saving the lives of dogs is a noble goal, nobody will argue with that. But when good intentions lead to illness and even death, you’re doing it wrong. Try telling somebody who lost their beloved pet that “it’s the thought that counts.” 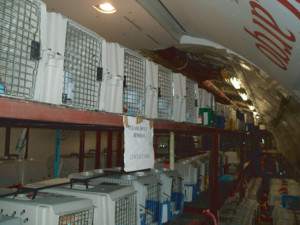