The United States is not the only country facing the burgeoning problems associated with unregulated international dog rehoming. Canada’s importation system has been described as little more than self-reporting, and has brought diseases that affect humans, pets, and wildlife into the country. Norway has gotten ahead of the issue and banned street dogs from entering the country. Now, the British Veterinary Association (BVA) is making its position on the issue clear, using the term “Trojan dogs” — apt and definitely not a phrase you’ll soon forget.

A ‘Trojan dog’ is a stray dog with an unknown health history that has been brought into the UK for rehoming. These dogs are of particular concern as they are very likely to be carrying infections which are common abroad, including in continental Europe as well as farther afield, but which we are free of in the UK. These infections may cause serious and fatal diseases in dogs which may affect not only the imported dog but could be transmitted to other untravelled dogs. In this way the owner of such a dog could unintentionally introduce a new and dangerous infectious disease into the UK to which our native dogs have no immunity. Moreover, some of these infections can infect humans.

The BVA, to its credit, recognizes both the kindness that inspires people to adopt dogs from abroad, while speaking in plain, no-holds language of the threats posed by this type of irresponsible rehoming.

The growing understanding of the dangers surrounding irresponsible pet importation make it a serious issue anywhere new (or previously conquered) infectious diseases can be introduced. 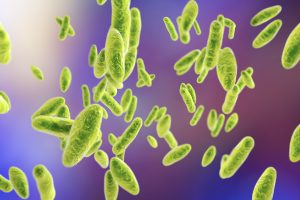 Diseases like brucellosis can be difficult to diagnose and are very contagious.