Just in the last 5 years, moviegoers have been enthralled with Social Network, Secretariat, Black Hawk Down, Extremely Loud and Incredibly Close, Argo and Zero Dark Thirty, all films based on real events. It’s tempting to conjecture that if the travails of the dog fancy over the last twenty years were ever made into a film adaptation, surely the movie would fall within the genre of a “spaghetti western.” Why? Because the line between heroes and villains is blurred, morality is flexible, and the remaking of an American tradition is happening before our eyes. 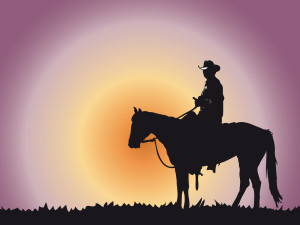 With “spaghetti westerns,” Italian filmmakers repackaged the classic American western and influenced the way an entire generation looked at traditional stereotypes. In much in the same way, the animal rights movement challenged the public’s perception of all dog breeders by painting ethical ones with the same broad brush used to color substandard breeders. To hear radical groups say it these days, all breeders (good, bad or ugly) are responsible for pet overpopulation, the deaths of millions of shelter dogs, poorly bred dogs living in agony, and climate change. 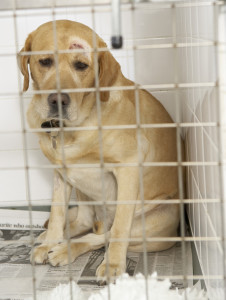 For years, images of caged and sad-eyed shelter dogs have beamed nightly into our bedrooms through our television sets, and the public responded with donations that have made at least one humane society very rich, indeed.

Entrusted to oversee the welfare of animals in the United States, the Animal and Plant Health Inspection Service (APHIS) of the Department of Agriculture received complaints from a public concerned about the humane treatment of pets bred in commercial facilities and sold in pet shops, especially those sold over the Internet, a venue never imagined when the Animal Welfare Act was written over forty years ago.

To handle these complaints and be compliant with the Animal Welfare Act’s original intent, APHIS responded in May 2012 with a proposed rule to narrow the definition of a “retail pet store,” and license and regulate internet-based breeders and sellers who acted as dealers. The agency invited comments for 90 days during which time it received 75,584 individual comments, 134,420 signed form letters, and 213,000 signatures on petitions submitted by groups supporting or opposing the proposed rule.

Ethical breeders, already battle weary from poorly written legislation affecting them, cringed at yet another regulation intended to target substandard breeders, but one that would probably impact them, as well. Nevertheless, they wrote letters, participated in conference calls, and were among the individuals who provided 70,000 signatures to a petition submitted by the AKC expressing concern over the future of responsibly bred dogs and small/hobby breeders.

And then they nervously waited.

When the final rule was announced during a USDA-hosted conference call on September 10th, the fancy felt its greatest fears realized. Despite a Herculean effort to inform USDA about the unintended consequences of a regulation aimed at commercial breeders, the final rule was virtually unchanged from the original language.

Hobby breeders were incredulous. How could this happen to them? They were law abiding. They spent countless hours reviewing genotypes and phenotypes before selecting a suitable breeding pair. They sacrificed to run health tests, slept in their dogs’ whelping boxes, carefully screened potential homes, and cried their eyes out when saying goodbye to a puppy they had raised.
As verbiage of the final document “sank in,” hobby breeders read it and found themselves mostly confused. How could they meet standards worded for breeders with different realities?

To the detriment of the hobby breeder, a last minute document posted by the USDA has gone largely unnoticed, and consequently, it’s done little to dispel the depression and outrage felt by the dog community. This document must be regarded by dog fanciers before they’re ready to “chuck it all in.”

In the finest tradition of a particularly popular “Spaghetti Western,” let’s review “The Good, The Bad, and The Ugly” of this new regulation, and the document which followed it, the Retail Pet Store docket.

The Good:
NAIA legislative director, Julian Prager, JD, reviewed the Retail Pet Store docket, a 91 page document intended to help clarify the USDA’s position of the new rule, and interprets it as evidence that hobby and residential breeders are exempt from its worst fears of regulation.

Of particular interest to hobby breeders is that while all dealers must be licensed by APHIS, not every breeder is a dealer. Key in determining whether one is a “dealer” or a hobby breeder is the purpose of the sale of a dog or a puppy.

The reasoning for this language is one responsible dog breeders can get behind: When the Office of Inspector General audit found that over 80 percent of sampled breeders weren’t licensed under the Animal Welfare Act because they sold pets over the Internet (thereby claiming “retail pet store” status), the Department of Agriculture realized that this involved a lot of dogs. Tightening up regulations on Internet sales impacts the kind of breeders who hurt the ethical ones. Revising the definition of “retail pet store” brings dogs purchased through “sight unseen” transactions under the protection of regulation so that they receive basic standards of care. The buyer also benefits by personally seeing a dog before purchasing it and ensuring that it is healthy.

The Bad:
The ambiguity of the regulation on certain issues requires greater clarification: 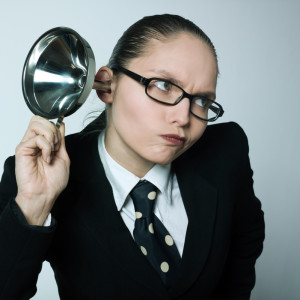 As Don Miguel Rojo said in A Fistful of Dollars, “A man’s life in these parts often depends on a mere scrap of information.” There are dozens of nuances in this regulation that need to be clarified, and the NAIA will be reviewing them more in depth in the coming weeks.

A writer and editor by profession, Susi is also the creator of KnobNots pet safety signs, as well as the dog blog, DogKnobit. An owner/breeder/handler of Pulik since 1978, she is active in the dog fancy where she is a co-chair of Judges Education for the Puli Club of America.