A federal judge told the ridesharing company Uber that it must defend against a discrimination lawsuit after its drivers were accused of refusing to transport service animals.

Some of the accusations paint an extremely troubling picture:

In one instance, the lawsuit states, two blind passengers with service animals were met with cursing and shouts of “no dogs” from an Uber driver who refused to admit them. Another time, a driver allegedly stashed a blind woman’s dog in the trunk then ignored her pleas to pull over once she’d realized what had happened.

Talk about callous disregard…  if allegations are proven true, it will take a long time to remove those stains from the company.

Uber has 14 days to respond. The Justice Department has already weighed in on this issue, and stated:

“The ADA applies to private entities that are primarily engaged in providing transportation services,” even if a company is not a public accommodation, said the filing by Justice Department lawyers and U.S. Attorney Melinda Haag’s office.

We strongly support service animals and the people who need them at NAIA, and will be keeping a close eye on this case. 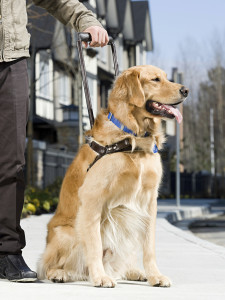