In Maine, even Democrats and Republicans can agree: “wildlife management laws should be determined by scientists and protected from emotional campaigns bankrolled by out-of-state interest groups” (read: HSUS).

Just kidding. At NAIA, we want wildlife management policies shaped by experts rather than anti-hunting activists. We’re totally cool with that. It’s the anti-hunting activists who want this debate settled entirely through emotion and advertising dollars (remember when their coalition threw a hissy fit last November, and tried to prevent the Maine Department of Inland Fisheries and Wildlife from stating their opinion on the [failed] anti-hunting referendum?).

It is great to see sanity alive and well in Maine. We will be keeping a close on this story as it develops. 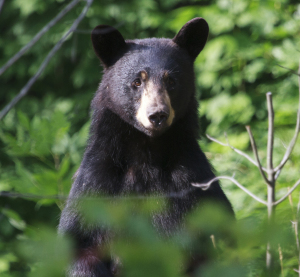 Several months ago, a Florida woman, realizing her wildlife rescue was “not sustainable,” began taking in domestic animals in an effort to appeal to donors… sadly, the end results were not pretty:

Faulseit and another woman were charged with animal cruelty. Officials found more than 60 cats, dogs, raccoons and an opossum living in their own filth, without food and water, at Faulseit’s St. Petersburg home.

She adopted many from the Hillsborough County shelter and was selling others at a local pet store, possibly for profit, but police say it’s hard to prove.

As we pointed out on Friday, social media can be a great tool for shelters and rescues to find homes and help animals. But there is always a flip side to consider: it is also a tool that enables people who are overwhelmed (and often unable to stop themselves) or unethical to grow and continue their operations.

It is awesome that you can take two minutes and make a few clicks from California to help an organization in Florida — we love that! But getting to know who you are working with through their history, references, or (best of all) visiting them yourself is a must if you want assurance your donations are making a positive difference for animals.

We wanted to head into the weekend on a positive note, and as if in response, immediately came across this story about a little lost dog with a tumor on her face who was picked up by Waterford-East Lyme Animal Control in Connecticut: Tumor Removed from Dog Is Benign: Animal Control

Hey, “it’s benign” is some of the best news you can get (well, next to having no tumor at all, of course), but what we want to draw attention to is the process, the responsible, humane, and cooperative way this situation was handled: 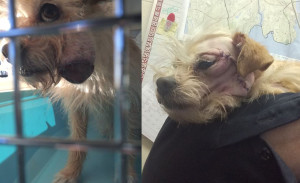 The people who love animals, the ones who make a difference quietly doing the right thing day after day really don’t get enough credit — but we love outcomes like this, and are more than happy to point out their good work!

Have a great weekend!

In Florida on Monday, a “Fake service dog bill” advanced in the senate.

Much of this bill is just a restatement of the Americans with Disabilities act, but it adds two criminal offenses:

The bill would make interfering with the disabled and their service animals a second-degree misdemeanor, carrying penalties of up to 60 days in jail, up to $500 in fines and 30 hours of community service for an organization that serves people with disabilities or another entity, at the discretion of a judge.

Under the bill, the same crime and penalties would apply to pet owners who lie about having a disability and falsely claim that their pet is a service animal.

While NAIA has not taken an official position on the bill, we do laud its goals.

With more service animals assisting people with invisible disabilities than ever before, and a growing number of pet owners who feel entitled to bring their companions anywhere and everywhere (and with easy access to vests, harnesses, and other paraphernalia that make their pets look like service animals), it is easy to see why there have been so many recent collisions at this intersection.

But even if it is easy to understand, there is no good reason to harangue somebody with a service animal… just as there is no excuse for falsely declaring your pet a service animal. While people with fake service dogs aren’t acting out of malice, and may not think they are doing anything wrong, their actions hurt the very people who most need the calm, reliable assistance these amazing animals provide. 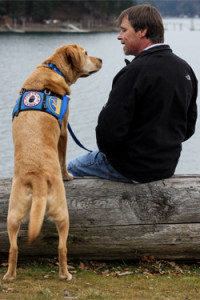 From an alarming article by the Albuquerque Journal:

In more than 100 cases last year, the Albuquerque Animal Welfare Department has allowed [aggressive] dogs to be adopted by families or returned to their owners even though they flunked nationally recognized standardized tests that showed the animals had dangerous tendencies.

One dog was so aggressive he couldn’t be tested, but was still adopted out. Some volatile dogs were even taken to the Lucky Paws adoption site in Coronado Center.

These are among the explosive allegations in a complaint filed with the city’s Office of Inspector General by the Animal Welfare Department’s second-in-command and its behavior specialist, who said Monday she has resigned out of frustration and alarm for the community.

Go ahead and read the entire article then come back. It’s important. We’ll still be here. 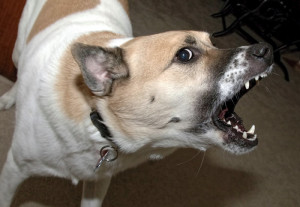 We have written about mission creep in dog rescue and sheltering before, and its unintended consequences (disease, dog bites, how it actually enables irresponsible breeding practices, etc.), and this is as prime an example as any.

These allegations are simply stomach churning. When ideology trumps duty like this, it undermines everybody: the public, responsible rescues and shelters, behaviorists and others who work to rehabilitate dogs (done responsibly, many dogs with behavioral problems can be rehabilitated and placed with appropriate owners), and of course the dogs themselves. In the end, it always comes back to the dogs. If we had a dollar for every time good intentions untethered from knowledge (or basic reality) ended up hurting the dogs they were meant to save, we’d have more funding than HSUS…

So just how on earth is the public going to trust an Animal Welfare/Animal Services/Animal Control department if it has a record of adopting out vicious dogs that lunge after children or kill other pets? Dogs that were too aggressive to even take behavioral tests? Who, exactly, are they looking out for by allowing these dogs to be adopted? Certainly not the people whose communities they are being trusted with!

But they are also doing an incredible disservice to dogs and the rescue community, as well. Shelters and rescues have done a great job over the last few decades of marketing themselves as the place to get your next pet. Numbers from one of our recent surveys show that respondents believe the healthiest, best-tempered dogs come from rescues or shelters, and list them as first choice among people expecting to acquire dogs in the next 5 years. Do you think these people would be so quick to choose rescues and shelters as their top choice if the first thought that pops into their mind isn’t “saving the life of a great dog” but rather “will the dog we find be safe for the family?” Is it so hard to see how adopting out just a few aggressive dogs in order to “save them all,” or improve euthanasia numbers can hurt the prospects of all dogs in need of a home?

Anybody who adopts out an aggressive dog is abdicating their responsibility to public safety and undermining literally decades of hard work improving the image of and outcomes for shelter dogs.