Not only were the breeders selling people sick pets, they were deceptively operating under five different business names, operating without a license, illegally importing dogs from South America, and forging documents. A quick online search reveals numerous complaints from people who had bought sick puppies from them, as well. Dishonest, inhumane, the type of operation that sickens and enrages decent people everywhere.

Every time a breeding operation like this is raided, there are calls for new regulations to “put these awful people out of business.” The fact is, virtually all of the recent raids we have tracked at NAIA are of breeders who are operating like this: illegally without a license (when required) or inspections, or with lapsed license and serious prior violations (where were the follow up inspections?). If current laws aren’t being followed or enforced, what makes anyone think newer, stricter regulations will affect anybody other those who are already complying: licensed, transparent, inspected breeders?

We have taken our share of flack at NAIA for taking a “Why not enforce existing laws first, before passing new laws?” position. Some people confuse this with an opposition to all regulations. Without enforcement, you’ll never get rid of the bad guys (who couldn’t care less about animal care regulations), while knee-jerk legislative responses simply place additional burdens on those who are already complying with the law. Taken to its logical conclusion: in the end all you’ll have left is the black market. 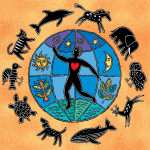